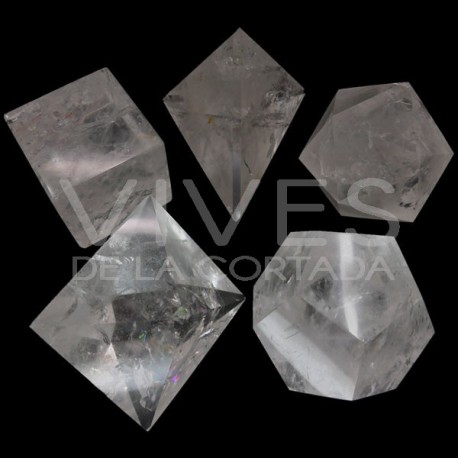 Set of 5 carved minerals representing the 5 platonic shapes or elements:

Set of 5 carved minerals representing the 5 platonic shapes or elements: